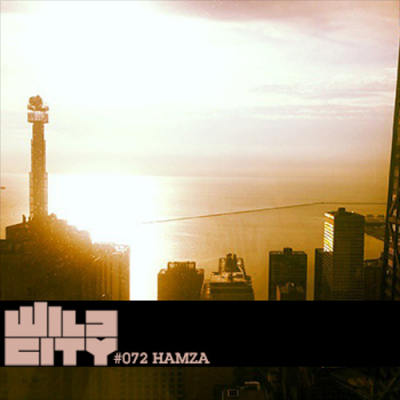 New Delhi based Hamza has attained a reputation as a pioneer of the house music scene in India and one of the most innovative and exciting producers nationwide. Pushing a diverse and international sound, he's influenced by his strong musical background as well as growing up in India and traveling the world, living in cities such as Paris, Boston and New York.

Hamza combines deep, tribal, and funky sounds with strong world music influences. This is evident when you put your ear to anything coming out on the Wind Horse Records camp - a label he set up back in 2011.

Gitano was a masterpiece. Taking in the sounds of guitars, trumpets, congas and timbales of folk percussion, it instantly turned these ever-recognisable sounds in to club-friendly rollers. Incredibly balanced music, it's held together by tribal percussion and world music influences. Yet a straight 4x4 beat holds everything together, a solid kick and snare combo that makes the album compatible with the majority of house and techno.

One of those long time coming mixes, #072 in the series is a celebration of this release.

Over the course of more than an hour, it shows continual emphasis on simple melodies, unobtrusive rhythms, airy vocals and an upbeat tone. Even when he digs deep into his archives, there's something familiar about the music on offer, not to mention a real sense of continuity from one song to the next.

Hamza clearly understands the dynamics of the music he plays. After all, we're not usually big fans of funky, world house, but in the context of Hamza, we've found that it can go down pretty smooth. I suppose he's probably influenced by the location at which this was made...

""I wanted to showcase different styles within one mix so threw in some funk, acid, deep vibes and world beats along with some spicy elements. Made this mix while I was chilling in Goa under some palm tress. Seriously."" - Hamza

**If you're feeling this, you can catch Hamza play at Rang Festival on 17 March. More info on that event and others happening across the country can be found on our events page here**