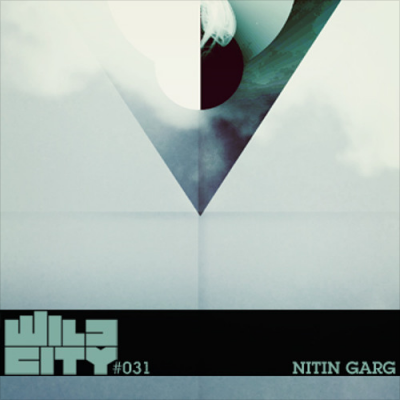 Nitin Garg is a Delhi based designer and graphic artist who in his free time creates as he describes it, 'organic ambient soundscapes'. Influenced by artists such as Brian Eno, Hammock, Keith Kennif, Sigur Rós, Stars Of The Lid and other ambient and post-rock projects he creates a joyful experimentation of space, time and imagery in music that he started to create simply with field recordings, a laptop and a couple of keyboards.

"Most of the time I am inspired by nature and the sounds of everyday life within the urban spaces around us. Whenever I'm working on something I usually have a visualisation of a place, memory or moment which I then try to recreate."

A core member of Mumbai based blog The Future Elements which provides music reviews, interviews and podcasts from post-rock, shoegaze, drone, ambient and alternative electronic music scenes from across the world, Nitin is passionate about the signature sound that he has created for himself. Currently working on an EP which he hopes to release later this year, he aims to incorporate sounds from various objects that include boxes, bells, and pieces of wood as well as from places such as cafe and bars.

As you scroll down, the tracklist for Nitin's Wild City mix may at first appear fractured. It is however a remarkably cohesive listen. Whether putting together a mixtape or in the recording studio, it appears that Garg has learned to bring together disparate influences to form a focused musical statement. Like most of us would like, it doesn't actually allow for this young producer to be put in to a tidy little 'genre' box. It does however provide an interesting window into the sounds that make him tick.

"This mix is a compilation of some of the music and artists who keep me inspired and who I've been listening to lately. The featured tracks explore delicate melodies bound with multiple textures and electro-acoustic arrangements which help listeners 'slow down' for a while."

Nitin's track Hazy Fields are Breathing was recently featured in a 35-track compilation from The Future Elements blog, titled Elements 1. The whole album including Nitin's track can be heard and downloaded for free via their Bandcamp here.