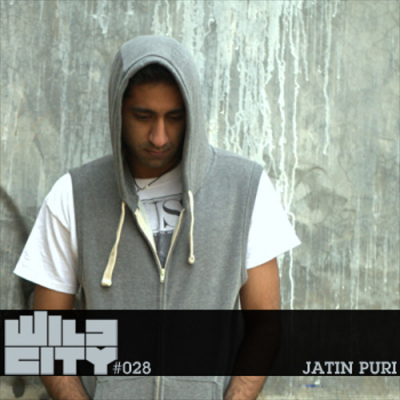 Jatin Puri burst onto the Indian live music circuit less than a year ago, quickly gaining a countrywide reputation for his original and innovative take on varied forms of electronica. Influenced by trip-hop, breakbeat, hip-hop, bass and even pop, Puri’s eclectic sound defies easy classification. His catchy and thoughtful tracks are all self-produced, composed, performed and sung.

Within his short career, he has released two albums (read our review of his 2011 release, Purify here), provided scores for short films and played countless gigs across the country with more notable shows taking place at last years Bacardi NH7 Weekender and this years Holi Cow Festival.

Most recently, the Delhi based artist won the award for Best Music Video at the International Songwriting Competition (ISC) for 'Life Is Good'. The video was shot in Hauz Khas Village last year and features local Bboys from the SlumGods. The judging panel for the competition was an impressive mix of iconic artists such as Tom Waits, Ozzy Osbourne and Tori Amos alongside five record label presidents and other industry leaders.

#028 in the Wild City mix series is completely original material and filled to the brim with music that is entirely, indisputably electronic (with a hint of pop). The combination of sounds used range anywhere from groovy to infectious and consequently, the entire mix makes for an extremely engaging listen. From danceable beats to smooth running soundscapes, the flow from track to track is impeccable, giving a real sense of the musical machine behind it.

When you factor in the limited means with which this mix and all of his other records were recorded and produced, it almost feels like Puri is flexing his production muscles and flaunting his creative prowess.

For now just sit back and let this forward thinking producer take you through a relaxing and thoroughly enjoyable 25-minute journey that includes electronic experimentation, keeping things fresh.

"This mix is something I've been working on for a few months. It features lyrics and poetry from MC Kaztet D, Nitin Sukh and Rubin. The idea I had while making and writing my first ever mix was to create something groovy and lyrical that one can listen to at anytime of the day. When you wake up, before you get to sleep, while driving, while cleaning the house - whenever, you get the point. None of these tracks have been released or ever heard live. An exclusive for you fellow earth wanderers" - Jatin Puri