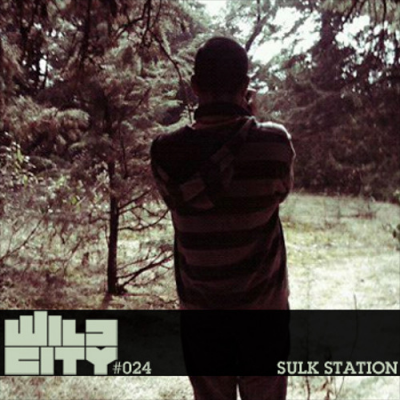 ""Bangalore based duo Rahul Giri and Tanvi Rao currently make up one of the country's most interesting contemporary acts, Sulk Station. Their debut album ‘Till You Appear’ is a brilliant specimen of trip-hop and downtempo, beautifully laced with Indian classical influences. Placed side by side with their more contemporary sounds it’s a listen that manages to create a despairing timelessness."" - Abhinava Bhattacharyya

This Wednesday Wild City will be hosting Sulk Station’s debut Delhi show and album launch at Out Of The Box, Hauz Khas Village. In addition to Sulk Station, the show will include a performance from Teddy Boy Kill and Wild City DJ. To get you in the mood this Monday, Sulk Station have put together a mixtape of tracks that played a big part in influencing their album throughout last year.

Featuring tracks from the likes of Baths, James Blake and Radiohead it's not hard to see why they sound like they do. Considering their influences from music that was utterly of the moment, one can only wait with bated breath for what these guys will do next. A reminder that there is so much room for the new.

"This is more a mixtape than a mix. Basically a bunch of songs that were on repeat through 2011, while the album was being made." - Sulk Station

If you're still to hear one of the best Indian releases so far this year, you can stream Sulk Station – Till You Appear in full here. For more info on the Delhi album launch head over here