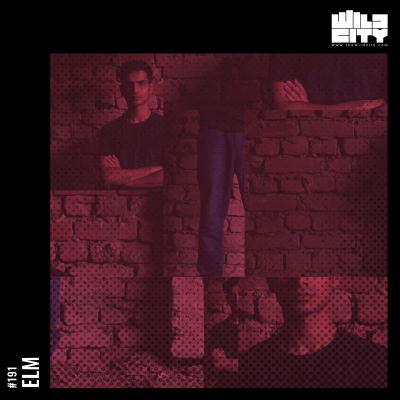 After years of collaborative output with Vir RC as part of the burgeoning electronic duo Vridian, Siddhant Jain ventured out last year into his solo project ELM – naming the act after the gigantic elm trees that once served to offer respite to the travellers. Taking a cue from the tree’s property to provide comforting shade against light, the New Delhi-based producer and DJ related it to the properties of his own music. There is darkness to ELM’s sound, but instead of being jarring or brooding, he offers an element of relaxation through the textures he creates on his tracks – which have been released over the year on compilations from the likes of Bangalore’s Juicebox Music and New Delhi’s Qilla Records.

The qualities carry over to his Wild City mix. While beckoning the listener to the dancefloor with primarily melodic house selections, ELM keeps the steady rhythms surrounded by a spaciousness, never overbearing the senses but allowing for an energy-pumping passive consumption. Directing the sonic journey with intent, ELM does dial up the intensity with Hunter/Game’s ‘Dial’ and Agents of Time’s ‘Polina’ once the listener has been comfortably captivated by the easy listening selections of Rival Consoles and Colyn, before relenting yet again for a softer end to the journey.

“This mix is comprised of music which I've been hearing in recent times and some stuff from the past, stitched in the form of a journey. The idea was to build energy and change the mood of the set as it progresses in a seamless manner." - ELM