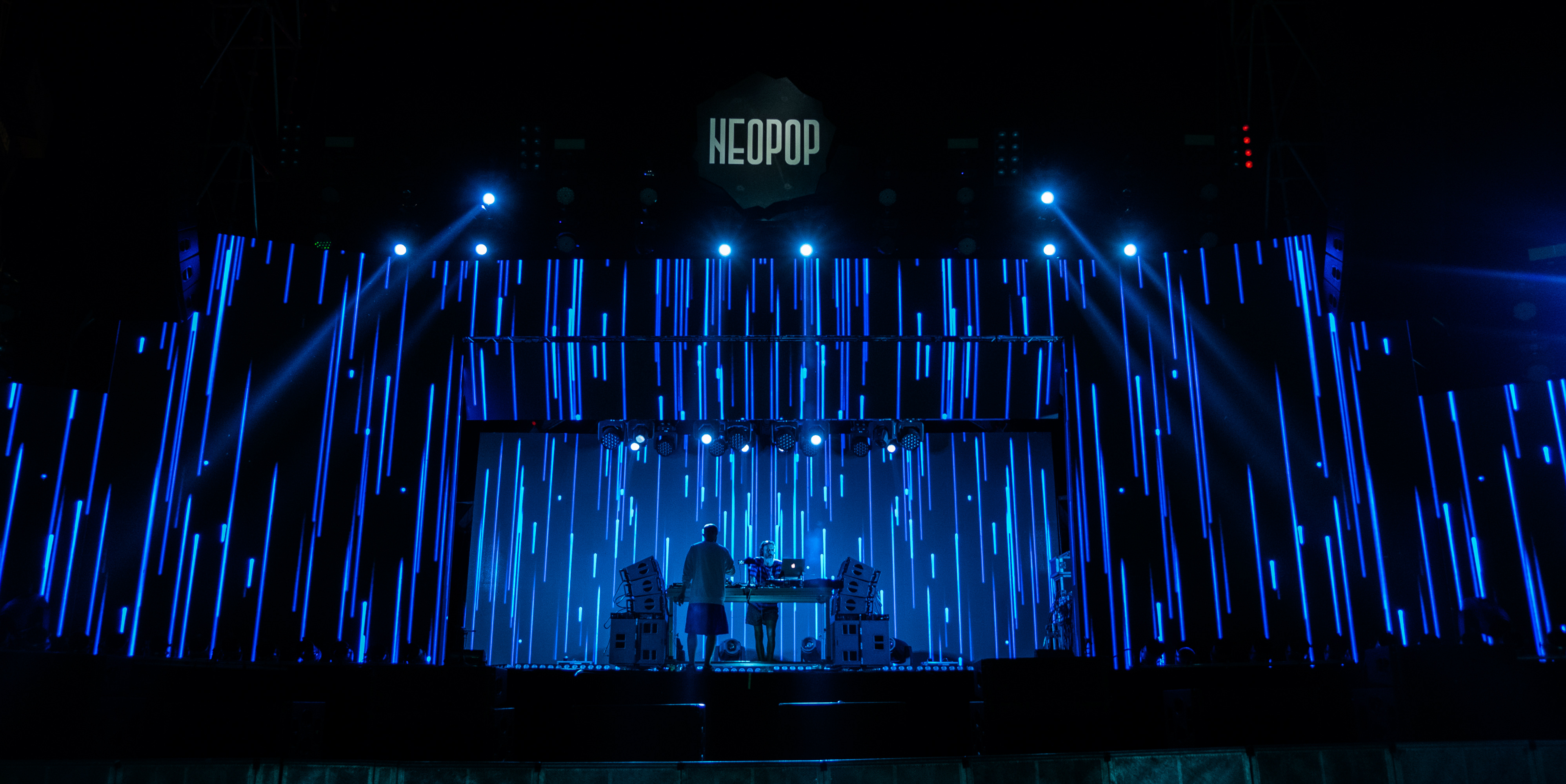 Neopop is dark and dusty and grimy - everything that Viana do Castelo is not. The sense of discord created by the latter’s littoral calm against the former’s depraved aggression isn’t calculated, I think, but it exists intensely. Neopop is definitely the Sylvia to the Truman Show-style spooky idyll of Viana do Castelo.

Executed along the side of Forte Santiago da Barra by the Porto de Mar de Viana do Castelo, plenty of words have already been expended about Neopop’s incongruous meshing of the archaic and the industrial - so I am not about to linger on that. It is an interesting amalgam by all means, however, the two share more in common than people let on. Both the port and fort are equally aloof, present right there yet out of reach. The water isn’t for swimming and the fort bastion unyielding. This hard-nosed approach of the surrounding built environment is in damn near perfect harmony for the unrelenting assault of hard-ass techno (mostly) that Neopop is set up to be.

For a decade, give or take, Neopop has continued to deliver a pretty consistent no-nonsense techno roster. Marquee bookings have lent it an undeniable respectability that makes it a fixture among habitues. There is no arguing that Neopop has a knack for programming acts with considerable renown for their skill, inviting throngs each year.

Does Neopop’s claim about Viana do Castelo being the capital of techno hold up?

One half of the French couple accompanying me on my walk from the camping grounds to the festival venue certainly laughed with considerable mirth at the idea. “I came only for Jeff Mills, of course!” said she.

She appeared to echo that all-pervasive sentiment that if one single city were to carry the mantle of the capital of techno, Berlin would certainly be it, expressing the desire to move there and better her craft. Favouring even Lyon to Viana, she cited Antigone & Francois X repeatedly as purveyors of a new Parisian (and by extension Lyonnaise, I suppose) techno movement that Viana simply couldn’t match. We chatted a bit more about the Concrete parties in Paris after I had indicated my interest in them. They generously shared their alcohol and contact with me, extending a polite invitation to squat at theirs in Lyon after we swapped Soundclouds.

The idea of a central territory that is somehow responsible for all phenomenological assertions in the province, physical or ideological, is irrelevant. Much like the Barra’s walls, this idea serves no practical function. Could one thing really define everything else around it? Where is the place for micro experience in that?

Parking these thoughts for later, I embraced the opportunity to dance the rest of the night to feel good about myself, and sweat away the incompetence I felt at setting up my tent by myself for the first time in my life. Later that night I acquired a friend who tended to me well, and matched my enthusiasm for Apollonia, Tijana T, Aleksi Perala, and every act after. After Ben Klock closed the day, extending his set by at least an hour more, I joined the rest of the festival commuters on our long walk home, as once again the festival operated shuttles eluded us, solidifying their status as a creatures of myth.

Day 3 offered deep 'n deadly subs, and tension-ramping arrangements that stand out a mile from the swarm of uninspired techno offerings we have to wade through in way of Jeff Mills. This lawless but carefully-wrought expedition was supported beautifully by acts like Paula Temple b2b Rebekah and Anna Haleta, with Joseph Capriati inexplicably sandwiched in there like a pit you weren’t expecting to find in a bowl of pitted cherries. Len Faki’s rabid war-dance battlements were prepped for the tuffest ravers, but the unfortunate task of following Jeff Mills would harsh anyone’s buzz.

The ravers stuck it out, though, because the fact is there was more on offer. Len Faki was more. Dax J´s will-the-eyeball-burst-first-or-the-lung type committed velocity was more. KiNK’s infantile energy breaching through his live set arrangement, and his face, was more. Was it the most any festival anywhere has to offer?

Next year the shuttles may even manifest on the same plane of existence as us. Next year, they may even install signage to point you in the direction of the camping areas instead of sending you off on an adventure.

All Other Images: Diogo Lima Framekillah