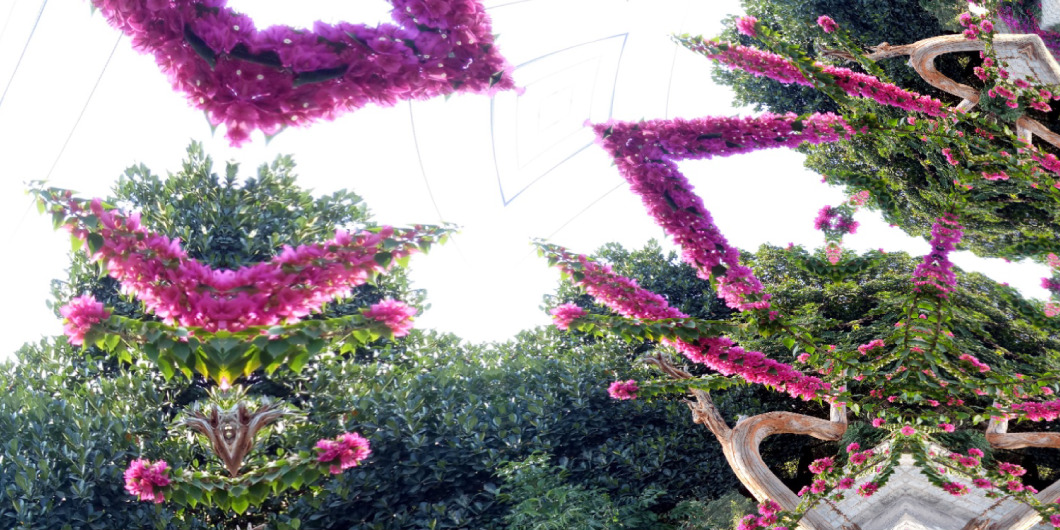 There's something very pleasant about Hedrun's new 'Dear Craving/Chirp' EP. Something almost unbearably bright and chirpy, that reminds you of sunlight filtering in through the leaves, of birds chirping and singing in the morning, of a bright-eyed, heavily-filtered, warm scene from an indie film. Pleasant and bright in a way that it almost stifles you to feel the stickiness of that hope and optimism, weighing on you like a coroner's balm while at the same time sending you spinning into circles with elation.

It's a dreary kind of hope – a double-edged sword, disguised as a white flag, that makes you shudder with the optimism it offers in such a dark, dwindling world. Have you seen the world out there, I want to ask Palash Kothari (aka Hedrun). There's hate crimes, misogyny, environmental disaster, a climate emergency, increasing xenophobia and intolerance, a rise of fascism, and an impending shortage of water across the world – what on earth would possibly inspire such inspirational optimism, such a cheery disposition, and such a bright outlook at life?

Perhaps that's what demanded the title 'Dear Craving'. Perhaps that's what Hedrun craves, and asks us to crave in return. Perhaps, that's his way of critiquing the world, of compelling us to fight to change it, by reminding us of the glistening, sparkling happiness and hope that lies stifled at the bottom of the bleakness, lying in the murk, waiting for us to reach out to it. But only if we crave it enough.

Make no mistake – such buoyancy is nothing but expected from Hedrun, who spun similar magic last year with his debut EP 'Drift'. The same aural glimpses of nature and sounds of folk instruments make their way into this release as they did the last, painting the tracks over with a warm hue, like the sky during a sunset (and not one in Delhi's polluted, foggy, grey sky). And just like his previous release, prepare to find yourself enchanted, enamoured in a shimmering, meditative ambience which – if you try hard enough – you can almost see and feel around you.

Turns out, the feelings of elation may not be entirely imagined or imaginatively effused by us listeners, but come from the artist himself. “The past few months have been relatively positive for me (can't say the same for the country though). I've learnt to enjoy the sense of freedom that not doing music full time gives me. I've also started to not loathe the other 'job' I have so much,” Kothari tells us. “Music has become something I do when I get back from work or whatever and oddly it makes the whole thing even more exciting because I know I only have a certain number of hours a day to do it. I see this all somehow reflect in the two songs.”

You can certainly see the late evening hues in 'Chirp', as the mood breaks from 'Dear Craving's blissful atmosphere to a more satiated, understated contemplation. In fact, the music is so tactile and so physical in its being, it feels almost like a crime to let the music go by without setting visuals or a physical setting to it, or employing it as the soundtrack of an emotional, feel-good, coming-of-age indie film set in Mumbai, or Rajasthan, or some faraway forest with birds aplenty. I can also feel a maturity in Hedrun's sound, with the focus less on making “a record that combines electronica with Rajasthani folk”, and more on making something more organic, something more felt and learned, and then expressed. Perhaps, it is Hedrun that's coming of age, and inviting us to participate.