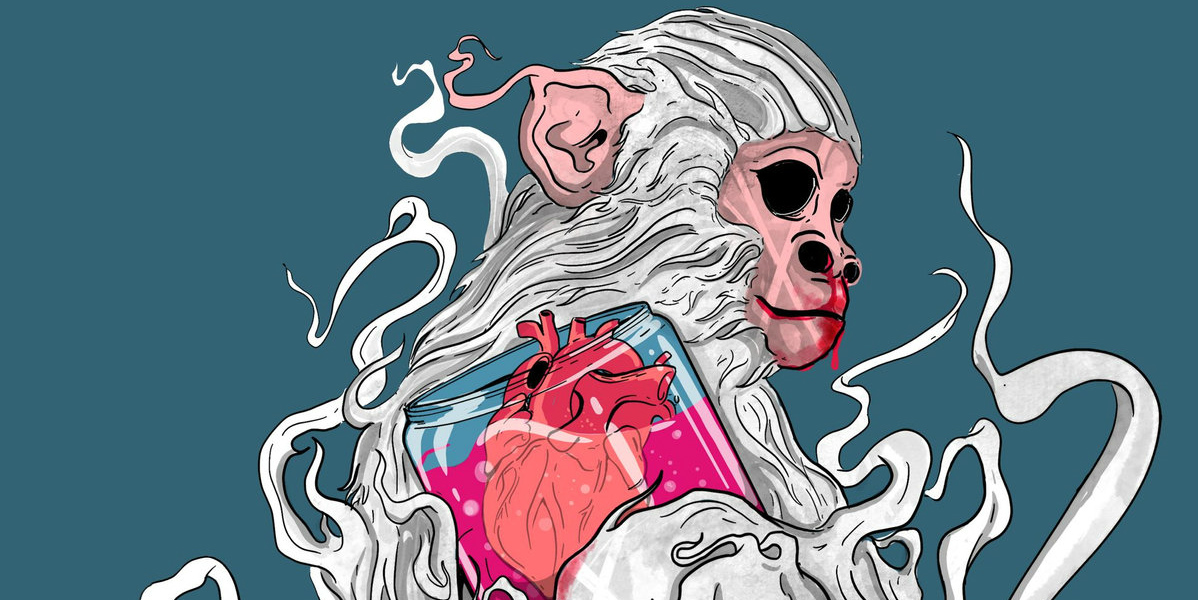 I vividly recall attending a REProduce Listening Room showcase at Mumbai Assembly a couple or so years ago where, on the second floor of the building, a large hall had been converted into a sound installation with a memorable but incredibly simple concept – the room was completely blacked out, to an extent where I couldn't even see my own hands, and thoroughly sound-proofed, with nothing but a tiny screen at the other end of the hall with waveforms running across it and the lull of a gently undulating drone echoing through the unsettling darkness.

Standing in the middle of that hall, with nothing to see, smell or touch, and nothing but a drone to hear, I felt strangely liberated and calm, content even. For a few minutes – or maybe it was an hour, or two – the world ceased to exist; it felt like I had walked into a meditative trance or out of the world, into a black hole, suspended in time with no tethers.

For some inexplicable reason, listening to Riatsu and Neil Gomes' album 'Safe With Me' keeps taking me back to that hall, conjuring up vivid memories of those few moments when the world disappeared. After days of striving to decode and decipher the randomness of this connection, I feel like I may have finally arrived at an explanation: the album doesn't transport you into a realm of nothingness, or draw you into a meditative trance. And it's far too expansive and engaging to be likened to the hum of a drone. Rather, like that sensory deprivation hall (let's just call it that for now) the album draws me away from reality, but into its own vibrant and very real world. And being present in a similar setting might be the ideal way to listen to this album, with no external stimuli or distractions.

The heavy, dark drone that runs in the background throughout the record undeniably possesses a role in crafting such an ambience, instantly transforming the music into an immersive soundscape that envelops the senses. There's also a string of eeriness it brings with it, a touch of discomfort that could be likened to fleeting dark, disturbing thoughts. At times, it feels almost as if the entire album was cloaked, or outlined by, a dark, black atmosphere, within which the album has been suspended. This only adds to the cinematic quality of the release, lending it an aura of mystery and isolating it from external breaches.

That's also the beauty of single-track, concept albums – the uninterrupted flow of thoughts and ideas that they deliver to listeners. It's a tricky idea which, without proper conceptualisation and implementation, could lead to downfall. However, 'Safe With Me' gives rise to no such complains. Right from that incredibly memorable opening on 'As Far As I Know' (which fails to get old regardless of how many times you've listened to it) to the ambient, dark techno outro in 'On Your Back', 'Safe With Me' flows with the gentle adulations and digressions of a dam-less river. Granted, there are a couple of stretches in the initial half of the album (around 'Andhera West' and 'Shanti Swing') that may risk losing your attention or engagement, however with just a little patience, those moments glide by smoothly with little to no impact, lost in the propulsion of the record's sonic journey.

If it weren't already apparent, let me make it crystal clear – this is an album that must be heard in one single stretch, that is if you want to ensure the optimal experience. And if it sounds to your ears like an extended live set, that's because it was recorded over two live takes in a studio.

A few years ago, at the end of 2017, Shadaab Kadri (Riatsu) and Jose Neil Gomes had got the opportunity to tour with the legendary French jazz trumpeter Erik Truffaz. Through the tour, the two found themselves bonding musically and developed a mutual admiration that led to a few collaborative sets across the city. Then in 2018, the pair were accidentally double booked to perform at Sajid Wajid Sheikh's exhibition. Revelling in their comfort with each other, Riatsu and Gomes improvised a set for that performance, and were so pleased with the results that they eventually headed to Studio Island City to record the album. Most of the songs on 'Safe With Me', thus, are a product of repeated improvisations at gigs and fearless experimentation.

That doesn't mean that the album doesn't have direction or purpose. The storytelling on this record is top-notch, and the production is polished without doubt. While the tracks may be tied together by the similarity of their sound, the overall topography of the record is vast and varied, taking one through layers of elements that enter and exit stage right on cue. It's a play in several acts, with several scenes, tied together to construct a larger narrative, one that panders not to tragedy or romance or melodrama, but offers a restrained, solemn look at the writers' relationship with Mumbai. While such a journey stands the risk of turning out uni-dimensional, this is where Riatsu and Gomes' symbiotic collaboration bears fruit, as they bounce ideas and elements off each other.

For me, personally, the highlights of the album were the opening track – thanks to Gomes' throat-chanting-meets-throat-bass-like vocals and Truffaz's earnest trumpet solo – and, to put it simply, the second half of the record. Following the expansive opening, the album does struggle a while to pick up the pace, but it does so wonderfully about halfway through 'Arabian Sea', which seems to be the point where Riatsu and Gomes abandon their fears and apprehension, and really start to experiment. 'Safe With Me' is when the album really blooms into its own, introducing more frequent and impactful shifts in the landscape, in pace, tempo and mood, but with the entrancing comfort of the drone lurking in the background, never letting it stray too far from its course. The muted frustration and indignation on 'Just Like A Fool' is a fitting precursor to the delicate, contemplative melodies that open 'Frozen Ground', weaving just the right amount of tension and anticipation to make the segue into 'Do What You Have To' a sigh of relief, consequently leading the way into an implosive dancefloor-worthy ending on 'On Your Back'.

If this album really were a whole other world, as I suggested earlier, Gomes' voice would be its god, a ubiquitous, comforting presence that emerges as the voice of one's consciousness, or a guiding force. It offsets brilliantly the unease and eeriness of the dark drone ambience, emerging as an anchor that harkens you back to yourself, away from the devil. In the end, perhaps that's what the album is really about – a tight balance between dark and light, good and evil, relentless chiaroscuro, and a singular message: that you're 'Safe With Me'.