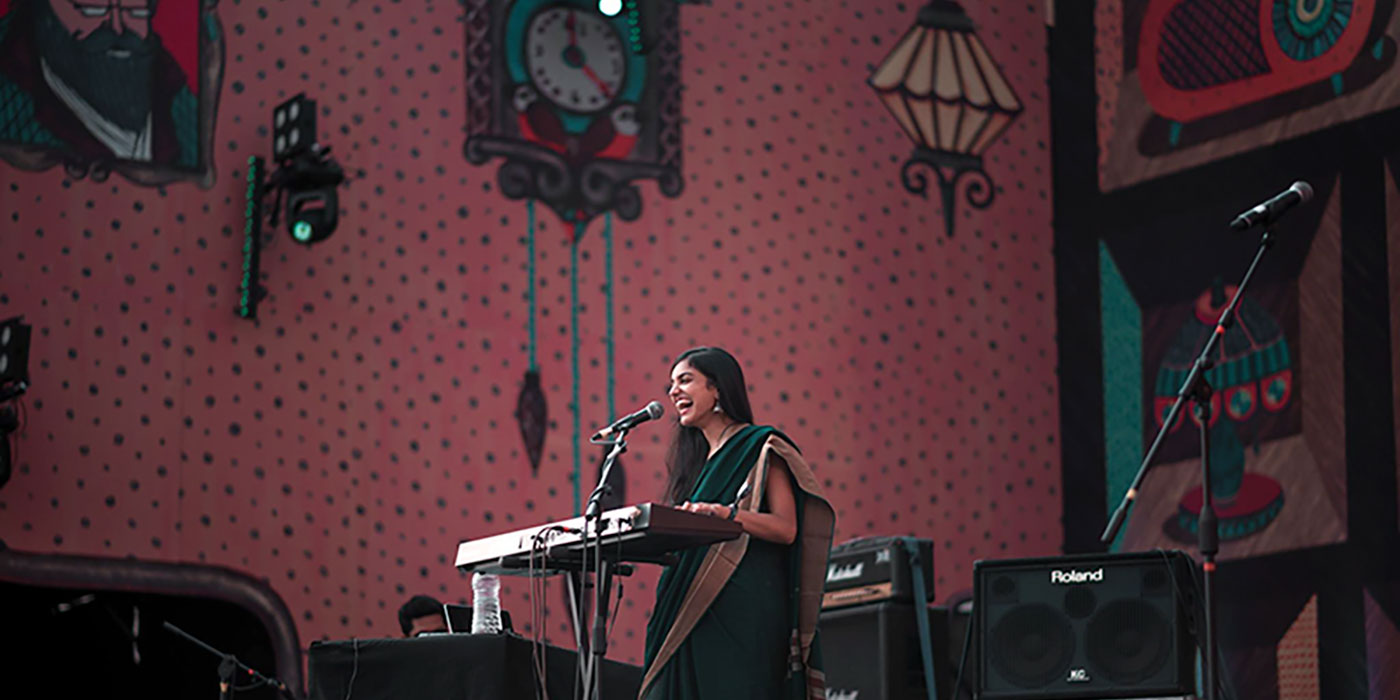 Toycatcher is an alt-fun, fake-punk, post-10PM trio formed by Dinkar, Aarifah and Tejas. It's the high school band that left high school a long time ago. They've been featured on internet show Son of Abish, and they are currently working on their respective album and also maybe a toycatcher album.

Aditi Ramesh is an exemplary vocalist, songwriter and producer with a herculean voice complimented by a range of techniques and tonal modulations. Having been inspired by the blues, jazz and traditional carnatic music in which she has been trained in her childhood, her organic exploration into different genres ever since has been a hallmark of her development. Formerly a corporate lawyer at AZB, the top law firm in the country, since quitting in the end of 2016, her musicality has experienced exponential growth in her soundscape, with her performance incorporating electronic drums and live keys, in which she has been classically trained in western music theory for about a decade.