Listen: 'Elephants on the Beach' By Angad Berar 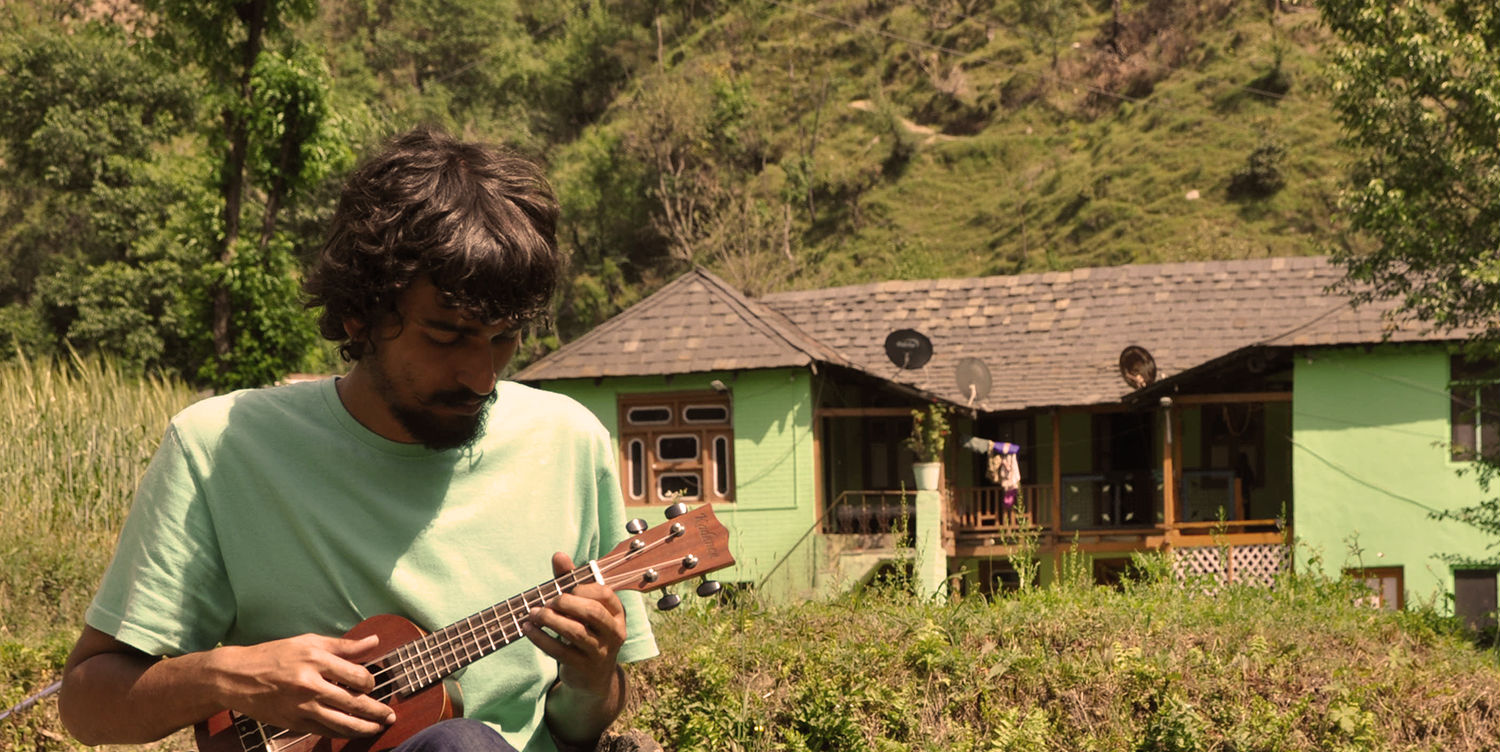 The environment is rapidly perishing, the world is becoming increasingly hostile and intolerant, the economy is gradually dismantling before our eyes and mental health is deteriorating globally. To many, staying positive or viewing the world with even a shred of optimism might deem a task of insurmountable proportion, impossible even – millennials, after all, are the burnout generation, the cynics and pessimists struggling to simply survive and cope with the world as we know it.

Just this very context adds a lot more value to Bangalore-based composer Angad Berar's debut album 'Elephants on the Beach'. The album not only has a distinctively breezy, pleasant sound – understandable, especially considering it was inspired by the time he spent on Goa's Anjuna beach in college – but in the composer's own words, it has “an overarching theme of positivity and a sense of wonder”, (a quality so very welcome in today's climate) as the protagonist sets out on a journey of self-discovery.

Using analog instruments and recorded samples, over the span of 8 tracks, Berar creates a hypnotic experience that is both invigorating and relaxing at the same time. To dub it simply psychedelic wouldn't do it justice, though that's an undercurrent that cuts through the entire album. The record also takes heavily from Krautrock and Hindustani music, with touches of folk and funk, but tinkers primarily within the bracket of the sounds that defined 60s psychedelia. This includes samples of speeches from the same era, from the likes of philosopher Alan Watts (who features on 'Between Dione and Mimas'), Jamaican spiritual teacher Mooji (on 'Diving'), and Albert Hofmann, the Swiss scientist who discovered LSD..

“If you have open eyes, you may see the world in a different light. You see it as it really is,” Hofmann speaks over breezy, lulling guitars and an amicable rhythm on album opener 'Hazy Light, Sunlight'. The psychedelic folk gradually fades into a sample from an LSD experiment conducted on a housewife during the 1950s, leaving the mellifluous strumming of the guitar pleasantly humming in your head. According to Berar, he chose it as the opening track because it is a celebration of life, of everything that is mundane or conventionally exciting. “The song is less about LSD or indulging in psychedelics, but more about waking up to the beauty of life which exists in every moment,” he says. The track was admittedly inspired by the composition styles of Vulfpeck and Khruangbin; the latter's effect can also be seen in the droll guitar-work on 'Diving'.

It's the guitars that do most of the heavy lifting on 'Elephants on the Beach', soaring over the recordings, the percussion and the sounds of nature (including actual elephant sounds) like a distinct voice that converses with the listeners. This quality is particularly noticeable on 'AstroKnaut', a 16-minute “Kraut epic” as Berar dubs it, which narrates the enticing journey of a protagonist travelling through different spaces and traversing through varying elements of increasing intensity, until a cacophonous frenzy launches them into a state of constant motion amidst growing chaos. “Reality is questioned. Voices are heard. All of which finally leads to a crescendo and peace...” explains Berar.

This might all sound eerily familiar to anyone who's experimented with psychedelics, yet the track offers an enthralling experience even for those who haven't. The entire album as a whole possesses a universal appeal, reiterating Berar's point that it isn't just pandering to psychedelia, but is intended more as a happy sonic pill of sorts, a reminder to wake to the joys of being – like the beauty of the moon ('Moonlovin') or the act of falling in love and letting go ('Between Dione and Mimas'). The languid serenity offered by 'Dreamstate' could charm anyone, while the dreamy, ambient psychedelia and rhythmic grooves of 'Anjuna' instantly transport you to the beaches of Goa.

The record's most textured track 'Between Dione and Mimas', then, acts as the ideal conclusion to the record. While the whale sounds (on 'Svara'), reverse guitars, samples of white noise and the dissonance of the echo pedals acted only as ambience for the guitar for majority of the album, the other elements vibrantly emerge on the closing track, crafting an experience more immersive and engaging than any other. The hypnotic serenity of the rest of the album gives way to a more cacophonous, layered sound, complete with a portion of Alan Watts' 'Falling Into Love', and finally, the trumpets of elephants on the beach.

Listen to 'Elephants on the Beach' below and follow Angad Berar on Bandcamp for updates: