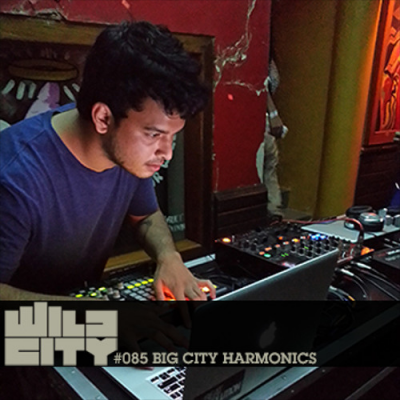 Rohan Hastak started making music the traditional way – on a guitar, as part of a live band called ‘Kuru’ while he was based in Canada. But his musical identity now as Big City Harmonics is anything but traditional - inspired by pioneers of contemporary electronica such as Four Tet and Nightmares on Wax, the musician released his beat driven debut EP, called Foreword to hugely positive reviews last year.

A bit like his own music which tends to rest in the zone that lies between uptempo dance and bedroom listening, Rohan Hastak’s mix is difficult to define, but unsurprisingly high on quality.

He begins his assembly on an unusual note, layering Allen Ginsberg’s reflective poem - ‘The Sunflower Sutra’ over the atmospheric plinks of Air’s ‘Alone In Kyoto’. Hastak’s little patchwork tapestry of sound includes some familiar top-notch electronica acts ranging from Boards of Canada and Little Dragon to Nosaj Thing, Brian Eno and homegrown talent, Dualist Inquiry. His interpretation of Flying Lotus’s ‘Camel’ layered over his own track – ‘The Thickness’ is particularly impressive.

"This set is a collection of ideas from gigs over the last few months. They've been stitched together into a set that I think lays to rest a lot of old influences that I've been feeding off, over the last year. " - Big City Harmonics