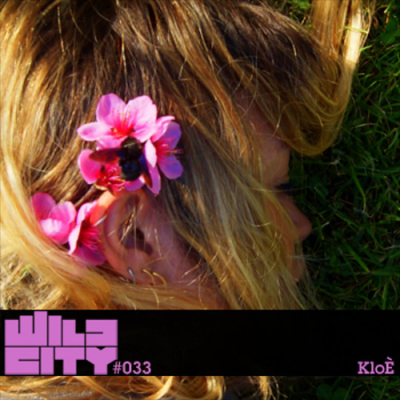 When first delving into the world of production after mastering the art of turntabalism, Kloé's search for a deep and emotive take on neurofunk established her as one of the most innovative producers within the genre.

Now one of the key players behind the newly formed genre named neurohop, she's become an influential figure in helping to develop and define its progression, through her label Caliber Music. One of the leading producers supporting the genre; a synergy of neurofunk, glitch-hop and other various influences, Kloé remains focused on signing forward thinking producers of this emerging sound to her label. Her relentless passion for music and quality of sound, make her the perfect figurehead for Caliber Music, one of neurohop's most innovative and influential labels.

On a production tip, Kloé has a number of critically acclaimed releases such as 'Tzolk'in', 'Gone' and 'Dusk' under her belt and her passion for music shines through on every single release.

Running through a whopping 50 tracks in just over 55 minutes her mix is an absolute monster. Precise, tight and structured it showcases a number of artists pushing glitch-hop, neurofunk and related sounds right at the forefront of the dark and punchier sound of bass music. Featuring a number of unreleased dubplates it's as fresh as they come, even featuring a track from recent Wild City mix makers Zen Death Squad.

""I used a different approach for this mix and created a 55 minute long story in Ableton. Juggling up to 3 tracks simultaneously almost everything is edited. Structures have been changed with some parts even removed or replaced to create something that depicts my vision, making the whole experience harmonious.

As I want to promote some of my favorite artists and friends with this mix, it was important for me to respect their work and still manage to uphold and convey the essence of their productions. I would like to give a massive thanks to all those artists that sent me their music."" - Kloé

"This melodic goddess knows perfectly what she's doing in every step of her production, not to mention her sick turntablism skills. I've had the privilige to produce an EP with her a while back and till this day she keeps on surprising. I'm predicting big things here..." - Xilent