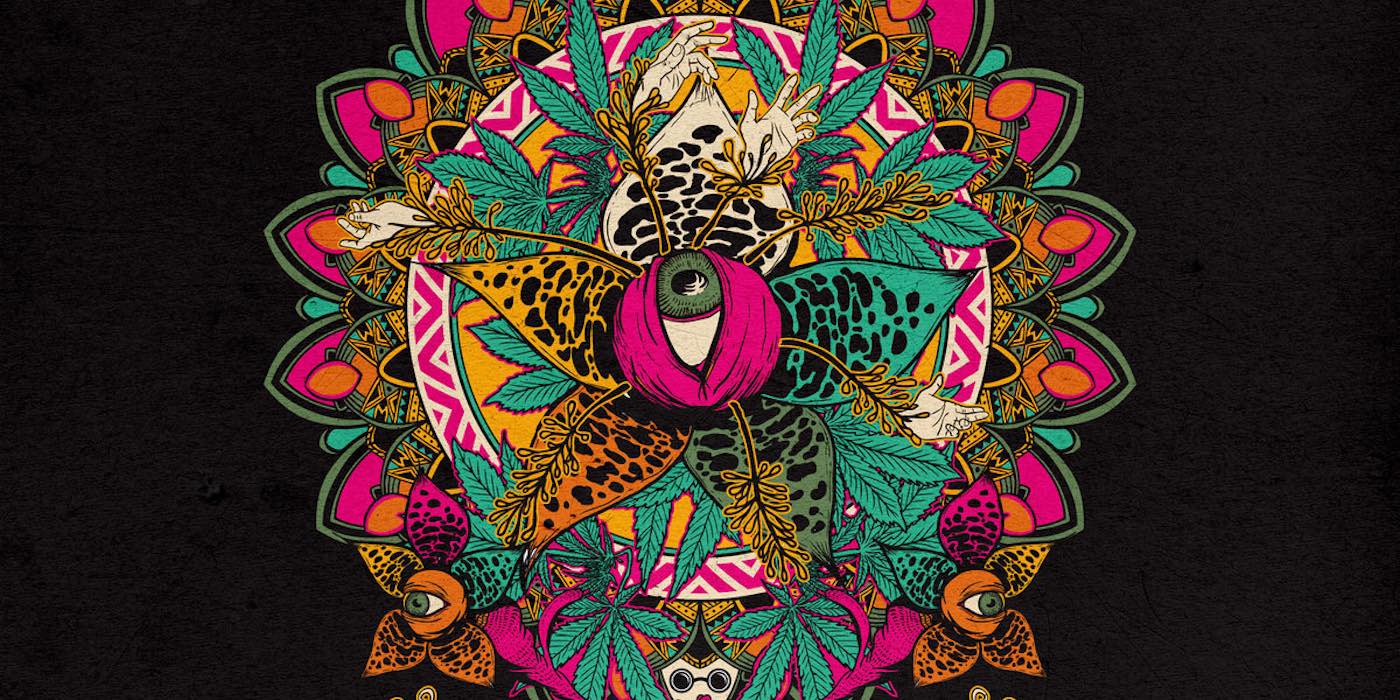 “You know when hip-hop started…

Hip-hop in India didn’t start at the gullies, bro.

From the alleys of the internet.”

‘O.R.K.U.T. (feat. Epr Iyer)’ might not be the most energetic track on Sumukh Mysore aka Smokey The Ghost’s latest album ‘THE HUMAN NATION’. That position probably belongs to ‘BALDER THAN THE BALDEST (Feat. Pasha Bhai)’ or ‘+91 GANG GANG (Feat. Dee MC)’. It might not be the most suitable-for-a-single-release track either – ’TROUBLE (Feat. Sahir & Yashraj)’ or ‘SAY MY NAME (Feat. Raftaar & Sikandar Kahlon)’ are better candidates for it. But, the subjects that the Bangalore-based MC breaks into with the aforementioned lyrics, makes ‘O.R.K.U.T’ the track that packs the core theme of the 14-track album.

Defined by the central chant of spelling the name of the now-defunct and previously-predominant (in India) social media site, ‘O.R.K.U.T’ attempts to realign the narrative of the birth of desi hip-hop. The track reminds that the first significant communities of Indian hip-hop started over Orkut forums like Insignia and, even before that, Rapper Scrapper – years before the resultant scene inspired more hyper-local on-ground cyphers that would go on to provide fodder for Bollywood productions and major labels who would, in turn, distort and romanticize things with rags-to-riches stories similar to that of the beginnings of hip-hop in the west. Smokey argues that instead of copying from the west, Indian rappers need to embrace these roots.

It isn’t the first time Smokey has advocated for Indian hip-hop’s internet-based roots either. Previous summer, he dropped a track every Friday as part of ‘The Human Fridays’, from which ‘Hip-Hop In India’ was practically a parade of shoutouts to the genre’s stalwarts. Other than that, the Bangalore artist can still be found on forums around hip-hop discussing the desi rap community’s beginnings, of which he was a part. That is, when he is not working as a biologist (with a specialisation in virology) or discussing the coronavirus and MC-ing over live streams with Lupe Fiasco – who makes an appearance on a skit on the album, just like MC Supernatural, whose skit involves giving Smokey advice on MC-ing.

That affinity for community is what defines ‘The Human Nation’ which – though including tracks about hair-loss and nation’s ailments like ‘BALDER THAN THE BALDEST’, celebration of nationality on ‘+91 GANG GANG’, protest against censorship on ‘BAN THAT (feat. King Sinister)’ and spiritual contemplation on ‘HAPPINESS (Feat. Vishal Dadlani)’ – ultimately, feels less like an expression of a single artist and more of a showcase of his relationship with people he has picked on a long and winding journey.

Featuring a guest artist on each track, which can date as far back as 10 years, the album includes everyone from early veterans like Mo Boucher and Raftaar to emerging talents like Mohammad Affan aka Pasha Bhai (formerly known as Nex) and Yashraj – with each act adding a diversity of lyricism, flow and language. Encapsulating it all together is the distinct rapping style of Smokey The Ghost, who has long brandished his choice of sticking to his native accent. The characteristic retroflexion of the Indian accent becomes a tool of emphasising the rhythm, like a direct antithesis of mumble rap, even while the rapper maintains a loose and rough delivery, mildly varying to adapt to the styles of his collaborators – whether Dee MC’s spitfire verses or Yashraj and Sahir’s laidback melodies. Even the beats do their part in providing contrast across the album, juxtaposing sparse and laidback noir-style production to the busy work with S.I.D. and Raathee on ‘HINDI GOTHILLA’, the ethnic instrumentation of ‘BALDER THAN THE BALDEST’ and the Indian brass bands-inspired backing of ‘BAN THAT’.

Yet, with all its stylistic extensiveness and inclusion of a plethora of Indian rappers, ‘THE HUMAN NATION’ avoids becoming an aggregate of the country’s hip-hop style. In fact, it ever so selectively avoids some of its common elements to instead attempt at representing whatever gets left out of the contemporary canon and consequently makes comparison difficult. At the same time, standing in contrast to Smokey The Ghost’s previous widely-released album ‘THE HUMAN FORM’ which instead was richer of references to the immediate music scene of Bangalore, it asserts him back strongly into Indian hip-hop as a unique shade of it.

Listen to 'THE HUMAN NATION' below and head to Smokey The Ghost's artist profile for more.