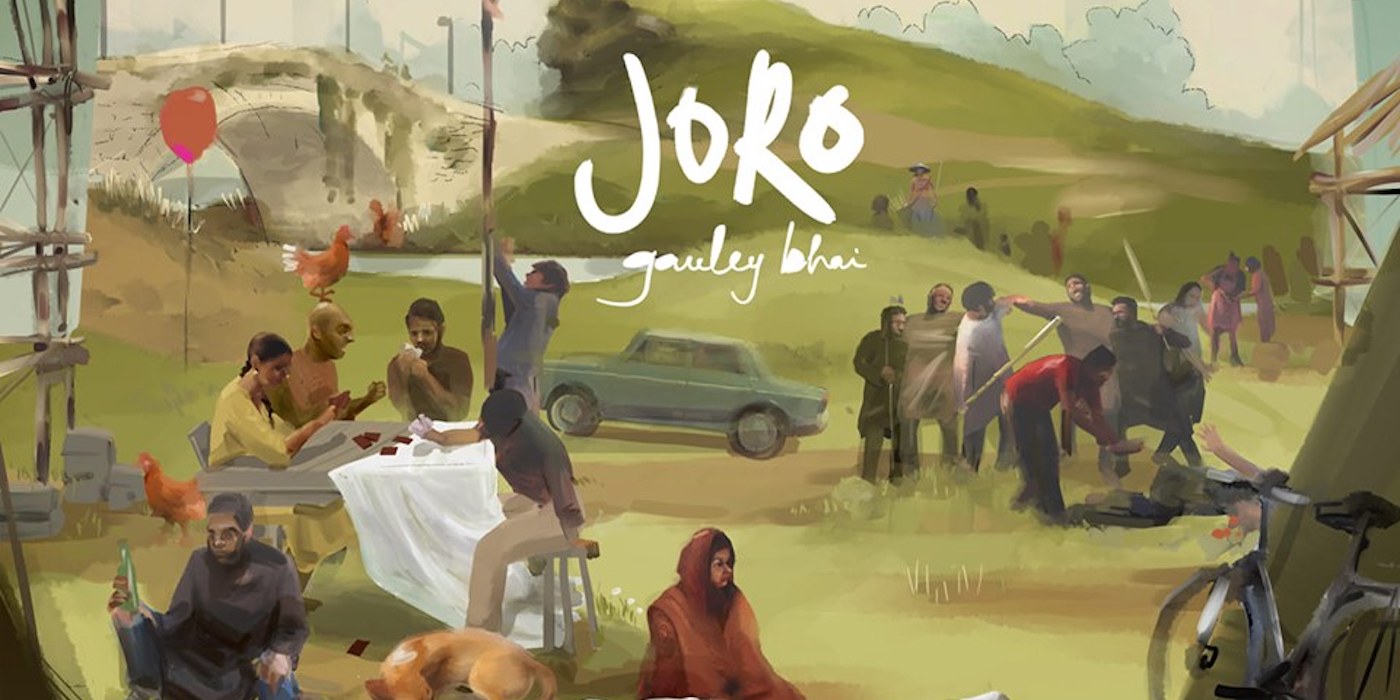 Without context, I would have put Gauley Bhai’s ‘Joro’ right next to Tinariwen and Imarhan in my imaginary library of records, mindlessly mistaking their infectious Nepali songs for Tuareg music. The parallels might begin with the idea of a rock outfit emulating its ethnic folk music, but don’t end there. Gauley Bhai are musical nomads. “Intersection of geographies and musical roots is the essence of Gauley Bhai’s music”, they profess.

The four-piece outfit considers itself a Bangalore band in spirit, though three of its members – Siddhant Mani Chhetri and brothers Veecheet and Anudwatt Dhakal – hail from Kalimpong (where Nepali is the predominant language), while drummer Joe Panicker (who is also one half of Aerate Sound) comes from Kozhikode. In that sense, they are like modern day drifters who have left their hometowns to follow their professional goals. In an interview with The Northeast Today, Joe explains, “Gauley Bhai means a brother from the hood [. . .] the face you see always in the neighborhood. He’s a person who’s just like you, running around to make ends meet and he has his own ethnic and cultural background which he has left to come work in the city and now the identity that he has reflects his sort of hybrid life. That’s the concept of Gauley Bhai.”

The act of revelling in kinship and their wayfaring background underpins the music on ‘Joro’, as foreshadowed in the album’s first track ‘Thupari Udi’. The band engages in collective call and response of vocal phrases like wayfaring musicians do, accompanied by the guitar in unison, while the instruments riff off of each other. Just like album openers should, ‘Thupari Udi’ introduces most of the elements the rest of the record will explore: loose jams between Siddhant’s guitar and Veecheet’s violin and vocals, theatrically emotive and euphoric singing, with bassist Anudwatt and drummer Joe’s inviting rhythms constantly pulling the listener to dance along.

Beyond the parallels with well-established names, Gauley Bhai is actually a band that was formed less than two years ago – a fact that makes ‘Joro’ all the more exciting. The band even uses its rawness to its advantage, often beautifully noodling its way through instrumental sections and augmenting the joyous nature of its chorus and refrains through wild shouts. Constructing a mix devoid of space or airiness, the band invites you to feel like you're part of the band's jam session, privy to every step, every part of the creation of the music, from the hiss of the amplifier to the rattle of the percussion. The illusion comes to full effect on ‘Mo Ko Lai Diu’, as you’re surrounded by a rhythmic exchange between the drums and clapping. Delivering a dynamic performance, Veecheet leans in for every intimate phrase and punctuates them by receding to join the others in uproarious cries.

The intimacy climaxes on the theatrically delivered ‘Bhari’. The track is propelled by the vocals as they alternate between spoken word and lullaby-like singing. Meanwhile, Siddhant decorates the spaces with complementary guitar-lines, to deliver what feels (for someone who doesn’t know a word of Nepali) like a fondly recollected narrative. ‘Bhari’ is also one of the mellower tracks on an otherwise energetic record, second only after ‘Sanglanga Dooby’.

‘Sanglanga Dooby’ is the strongest upholder of the band’s attempt to present the album as “a thematic exploration of love, identity and memory”. The chiming guitars, melodic basslines, lilting violin and euphonious vocal lines of the song conjure hilly serenity to a listener unaware of the band’s background, imparting comforting fuzziness before the band gradually transforms the track to join the lively jubilation of the rest of the LP.

Beyond the softer moments, ‘Joro’ is ultimately a very danceable folk-rock record that’s a proud celebration of its roots. Veecheet even kicks off ‘Nepali Ko Rela’ (which was uploaded in an earlier form in 2017) with a carefree nonsensical proclamation – “So ladies and gentlemen, just like England – Gorkhaland!” – before launching into scuttling staccato rhythms of the bass and drums. ‘Tallo Gaonko’ sees the band closest to traditional musicality, with the group chanting collectively as the bass and guitar provide drone-like backing, the drums simply thumping along instead of providing a constructed beat, and the plucked violin imitating an Indian ektara or the African kora.

The album peaks on ‘Ghamandi’, the heaviest of the 10 tracks in the album. Clocking slightly over 8 minutes, the progressive track contains multiple sections over the course of which the band goes all out: speeding up, slowing down and delivering every staple element of rock music, from guitar solos, to frenzied drums and bass, to growling vocals and raucous endings.

The varying shades of its tracks elevate the release from being just a collection of songs to being a cohesive album suitable for an engaging listen-through. With ‘Joro’, I can imagine myself ignoring all its background information and its merit as the work of a young emerging act, decidedly cueing it between my records of choice, and not missing a beat.

Listen to the album below and head to Gauley Bhai’s artist profile for further information.