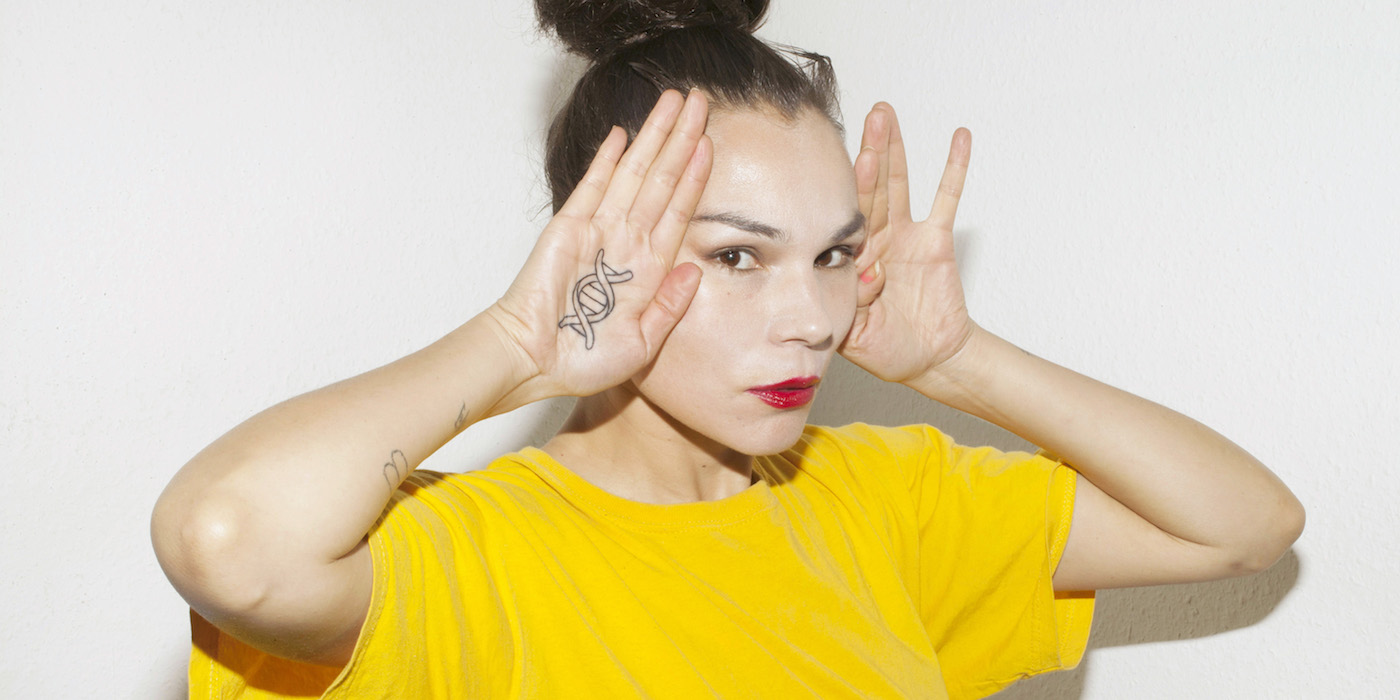 Aisha Devi is one that words don’t essentially do justice to. As Devi’s own life and journey evolved, she translated her music and art more alongside her spiritual progression. Her sets include picks from every strain of ambient, avant garde electronic surprises, and a diverse array of inspirations.

Henry Wu aka Kamaal Williams is spearheading the thriving scene that’s grown out of London's young, jazz-influenced musical circles. Mingling a variety of the genre's traditions with broken beat, house and garage, the london keyboardist developed a hyperdynamic sound bursting of poly-rhythmic sounds and spheres.

Helena Hauff today, is undoubtedly one of the best techno DJs in the world, if not the best, with her sets able to conjugate all genres and today's trends: industrial, old and new style acid, electronic body music, darkwave, minimal wave and electro.

UK-born, Berlin-based DJ and producer Lucas Hunter aka Luca Lozano aka planetluke.com most certainly is a “jack of all trades” as he loves to define himself, but certainly not a master of none – as evidenced by the impeccable output he gets to release under the Klasse Recordings pennant.

21 years into his music career, Neil Landstrumm still doesn’t buy into the idea of doing things by the book. As he repeatedly states: music is fun and it shouldn’t be taken too seriously, it’s something that reflects in his sets.

Stockholm's Sam Forseberg aka Samo DJ, continually sabotages the model with distinctive productions that fearlessly compact a myriad of demented ideas with a twisted scandinavian cheek. One-half of Sling & Damo and co-founder of their label Born Free, he’s known as much for his collaborations with underground heroes like Baba Stilz and Maxxxbass as he is for his warped and vital DJ sets.

Sid Shirodkar is a producer, songwriter, composer, and multi-instrumentalist. Best known for his work with Ape Echoes and Paraphoniks, the Mumbai native's DJ sets reflect his genre-agnostic tastes and experimental sensibilities. Expect everything from jazz-infused psychedelia, disco, sunshine pop and neo-soul to breakbeat techno, drum and bass, and hip-hop.

The brainchild of bass player Nathan Thomas and drummer Dhir Mody, Drum ani Bass evolved out of improvised jungle/drum n bass jams at 1403. Both inclined in the same direction, Nathan and Dhir have been experimenting with their sound and taking it live in different musical settings with room for innovation and improvisation. The idea is to emulate electronic music ideas into a live performance setting. Within this format the band explores jungle, footwork, drum 'n' bass, dub, glitchbeats.