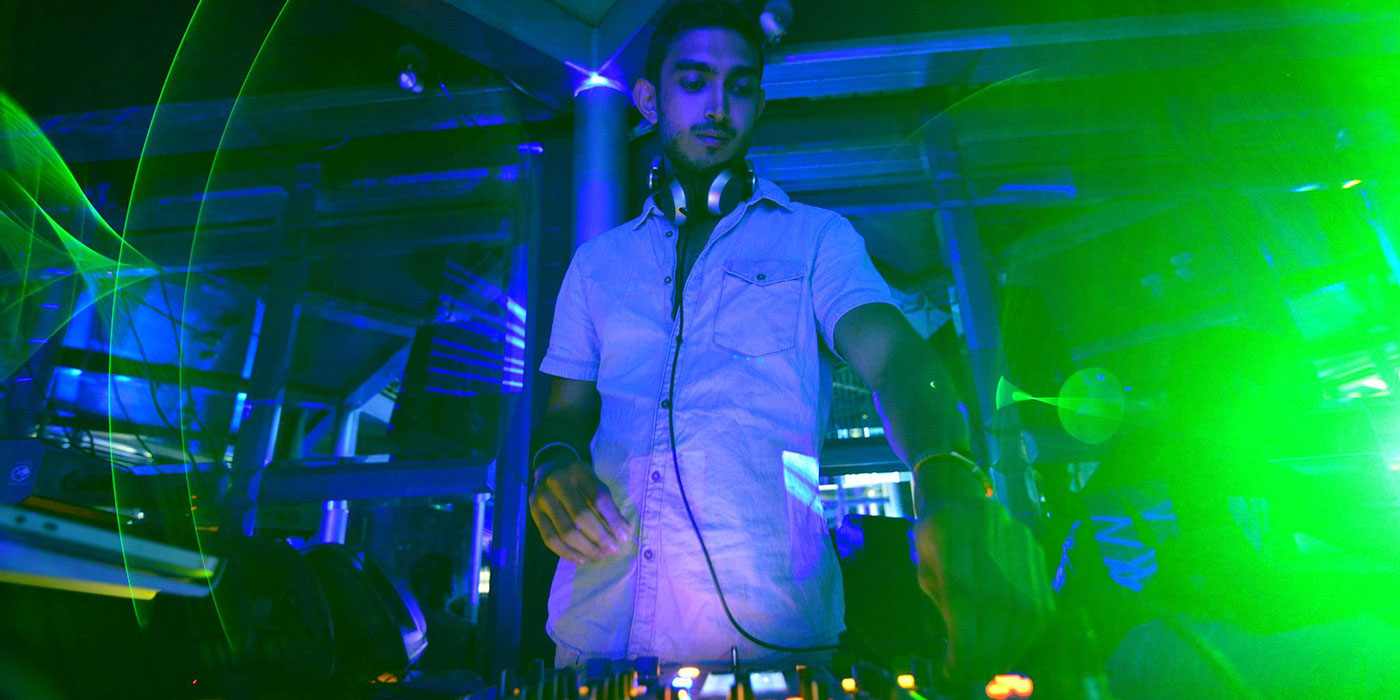 A DJ and producer, plays a unique blend of groovy, funky and dynamic electro-techno music. His sets are incredibly technical, involving three turntables with multiple effects.

Masta’ Justy aka Jatin Vidyarthi is a music producer, DJ and sound artist. He studied audio engineering in Sydney, Australia before moving to Mumbai in the mid-1990s where he co-founded of one of India’s first underground DJ collectives, Bhavishyani Future Soundz. Justy’s mind-bending DJ style delivers unabashed emotion, narcotic pulses and filthy grooves in equal measure.